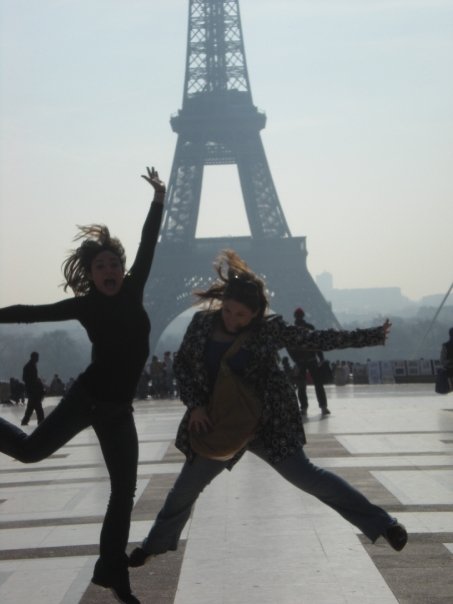 I have seen and heard a lot of callous responses to people showing support for France, and, as is the social norm today, whether you’ve changed your profile picture to the French flag or not has become another line of division for personal and political agendas. There are some who think waving a French flag is anti-American while some just want to complain about something. There are others who are outraged that there’s a wide support for France when news of Kenya and Beirut were barely a blip on the concern radar.

The most important concern that really has a leg to stand on is the ignorance involving other worldly events. I think it horrible that Americans are less inclined to notice when things happen in non-Western countries. Perhaps it has been drilled into our heads that bad things just happen in places like that. Perhaps we see it so often on the news that we’ve grown desensitized to the bombings, the riots, and the wars. These countries are so far removed from the things we know and understand that they almost feel like legends rather than realities, and we do not see the tragedies for what they are. How can we truly know when we are oceans away, cultures away, mindsets away? This mindset, in itself, should be reconsidered for the ignorant beast that it is. Perhaps this is a good time to remind Americans that France is not the only country in mourning and that atrocious things continue to happen all over the world.

Yet this is the event of the week Americans seek to understand.  Why is it that France has hit so many of us this close to the heart in comparison to these other tragedies? I think the answer I found in myself may exist in you. 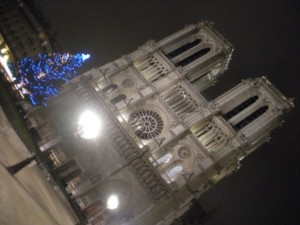 The truth is, unlike the other countries experiencing horrors beyond explanation, France has been tied to the beginnings of our country, and they have been allies and friends to America for generations. The birthplace of many of our words began inside of their language, and the heart of much of our art, culture, and systems can be traced back to their influence.

I, like many of us, grew up on stories of France. After all, it is one of the countries pulled to mind when we imagined storybook kingdoms as children. As I grew older, I dreamed in its language until one day I was granted the gift of a few overseas adventures. I’ve been to Paris five times, and I’ve studied in Caen for six weeks. Every memory I have of the language, the places, the food, and the people, only brings me joy, and I ache to return every time I leave. I’ve seen students try escargot. I’ve mourned at the D-Day beaches moments after the 60th anniversary. I’ve spent hours passing a dictionary back and forth with Parisians trying to get the gist of what they cared about. I’ve seen sunsets over Paris from the Eiffel Tower. I’ve time traveled in the castles. I’ve missed the metro and witnessed a sleeping city as I walked six miles in the middle of the night back to our hotel. And I’ve survived an entire meal where not one person spoke English. France was my gateway drug to traveling. It was the first time a small town girl from Texas had to adjust her own culture to fit into another completely foreign one, and I will forever love France for changing me at the core. So perhaps my grieving for France also involves a direct connection to place. I hold a pain in my heart for a country that has showed me so much beauty when it is faced with so much ugliness. 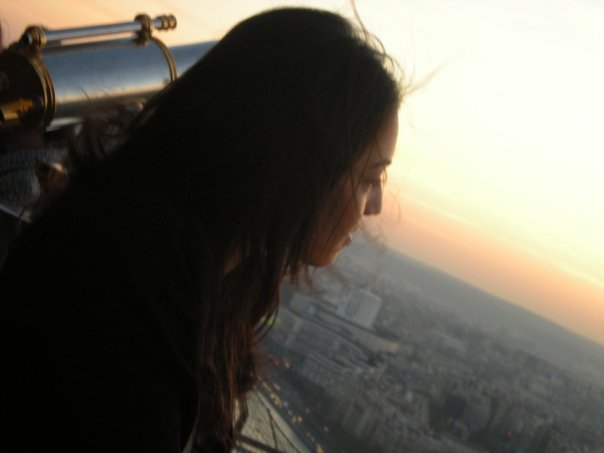 Then add in another layer.

Before 9/11, we thought that acts of war happened everywhere else but in our country. This belief was a story that helped us sleep at night until the Twin Towers reminded us that it is in the nature of stories to lie. Perhaps, in our hearts, we think of France in the same way. We think of their country as a place so evolved that they are exempt from the horrors of elsewhere.

Perhaps our outpouring of American support has less to do with France and more to do with our own fears. These events bring up visceral memories of the moment we heard about the Twin Towers. We remember the fear, the shock, and the pain of being attacked on American soil. We remember the way bodies leapt from the buildings, black dots against a burning sky. We remember how France mourned with us during our moments of shock, taking on our pain as if it were their own. Because we can connect to those memories and the feelings they enticed, we see the attack on France as an attack on ourselves, which makes the horrors all the more real for us. It makes us face a fact we’ve worked so hard to forget; the world is a terrifying place.

Yet there is a fundamental truth to tragedy that we neglect in all this debating. What happened in France is painful. If someone wants to change their profile picture or write words of solidarity, there should be no fault found in their kindness or prayers. Do not generalize people who mourn with France into the category of not caring for the rest of the world. Do not call them sheeple, mindless followers, racists, or opportunistic yodelers for a cause. Let people mourn terror in their own ways. Let them feel the tug of empathy for a place many of us grew up on. Above all, let people be kind, for it is kindness the world needs in abundance right now.

I agree that we need to look beyond the countries that hold a mirror up to our own, but how short sighted is it to not support France just because you feel guilty for not supporting other places in the same way? How short sighted is it to turn your back on an American ally just because you feel guilty for being previously ignorant to the other plights in Kenya and Beirut? Rather than yank your support from France in the face of these truths, why not look deep into yourself to try and be better? Why not use this guilt as a stepping stone to your own enlightenment rather than a reason to turn your back on a country in pain?

If nothing else, let France be an opportunity to learn about more, pray for more, and hope for more. Tell people, who previously had their eyes closed, about other atrocities, and ask them to mourn those losses as well. But as you step beyond France to see into the world, why not continue to show your love for Paris? Why not multi-task in your concern and compassion? I guarantee the human condition will allow for it. 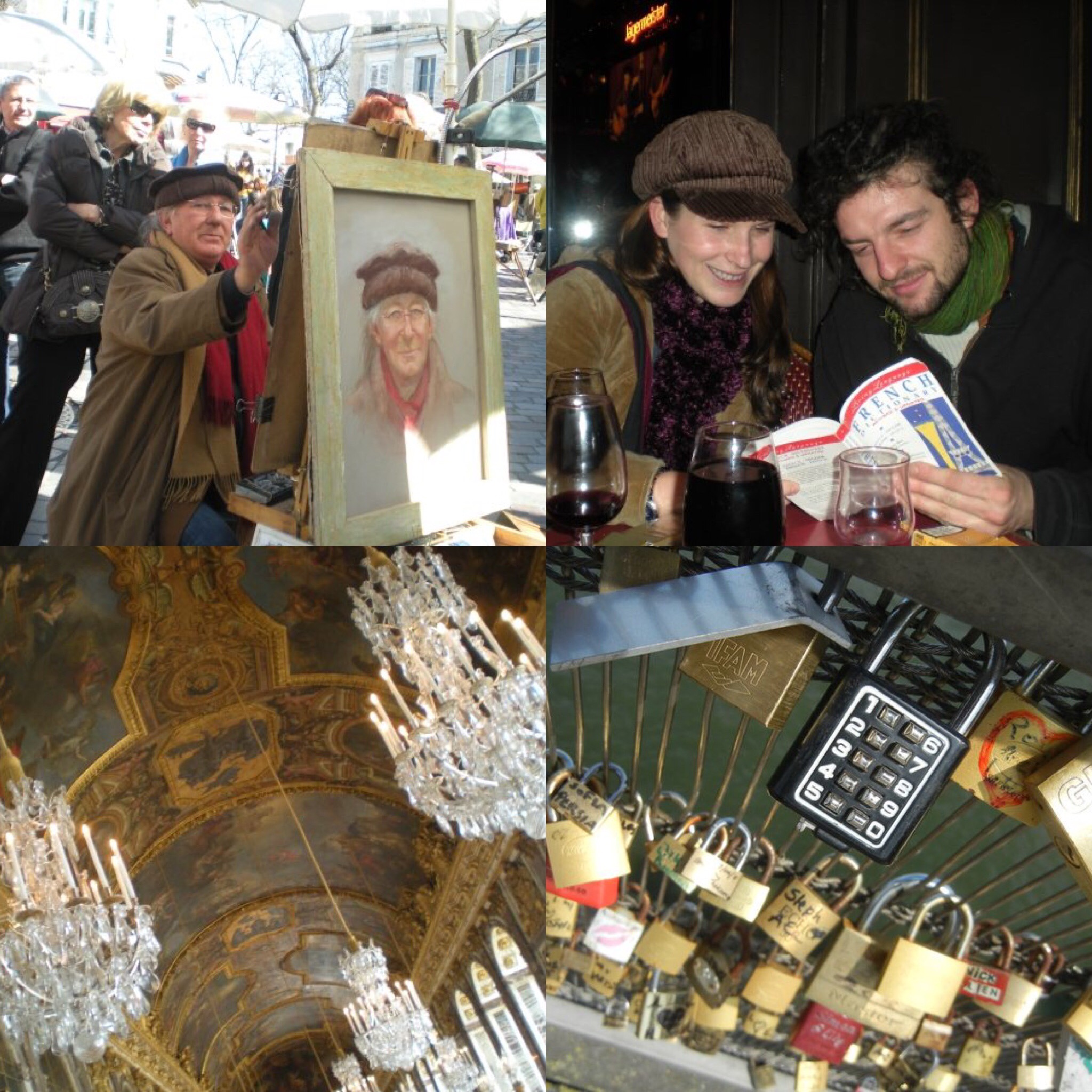 I leave you with a poem I stumbled across by Warson Shire because poems always do it better.

i held an atlas in my lap

ran my fingers across the whole world

where does it hurt?

Today, I pray for the world. Please pray with me. 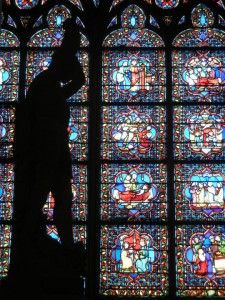