An Action-Packed Adventure about Genetic Fears

“Survival goes beyond the things that make you uncomfortable. Uncomfortable is better than dead.”

When Niko’s parents are brutally murdered by the Republic for being Genetic Terrorists, she must learn how to survive in the wild, in life, and in love. With nothing but her pack for a home, she travels the fringes of the Colonies and collects memories of the Vagabonds who help her along the way. The novel begins at the edges of Niko’s first heartbreak after a boy named Xavi ditches her for a nice pair of Legs. The Tracks are no place for love, because before Niko has time to mourn her rejection, she encounters a different kind of pain— a pain in the rear named Flea. Niko’s subsequent adventures cause her to question her beliefs about the Genetic Engineering Guild, the Republic, the Revolution, and her heart. Niko’s tale is propelled by non-stop action while her past is never far behind to fill in the gaps. In this unconventional science fiction novel, a coming of age story takes place against a utopian backdrop. Vagabond is a twist-driven page turner that you won’t want to put down once you pick it up.

I found this book highly enjoyable from many aspects–strong and intriguing characters, compelling plot lines, engaging action, effective use of flashback, and a dystopian world that actually doesn’t sound too far-fetched. It was admittedly eye-opening for me to realize that I could see the benefits of a society that controlled who was able to reproduce–you have to admit that many problems in today’s society could be rectified if that were the case. Whether population control is good or bad, well, that’s up to the reader to decide. That’s the nice thing about futuristic fiction: boundaries and limits no longer exist and you can let your imagination run as wild as the vagabonds. I am eager for a sequel (and maybe even a prequel?) so I can reconnect with these characters who I will definitely miss in the interim. -DMB 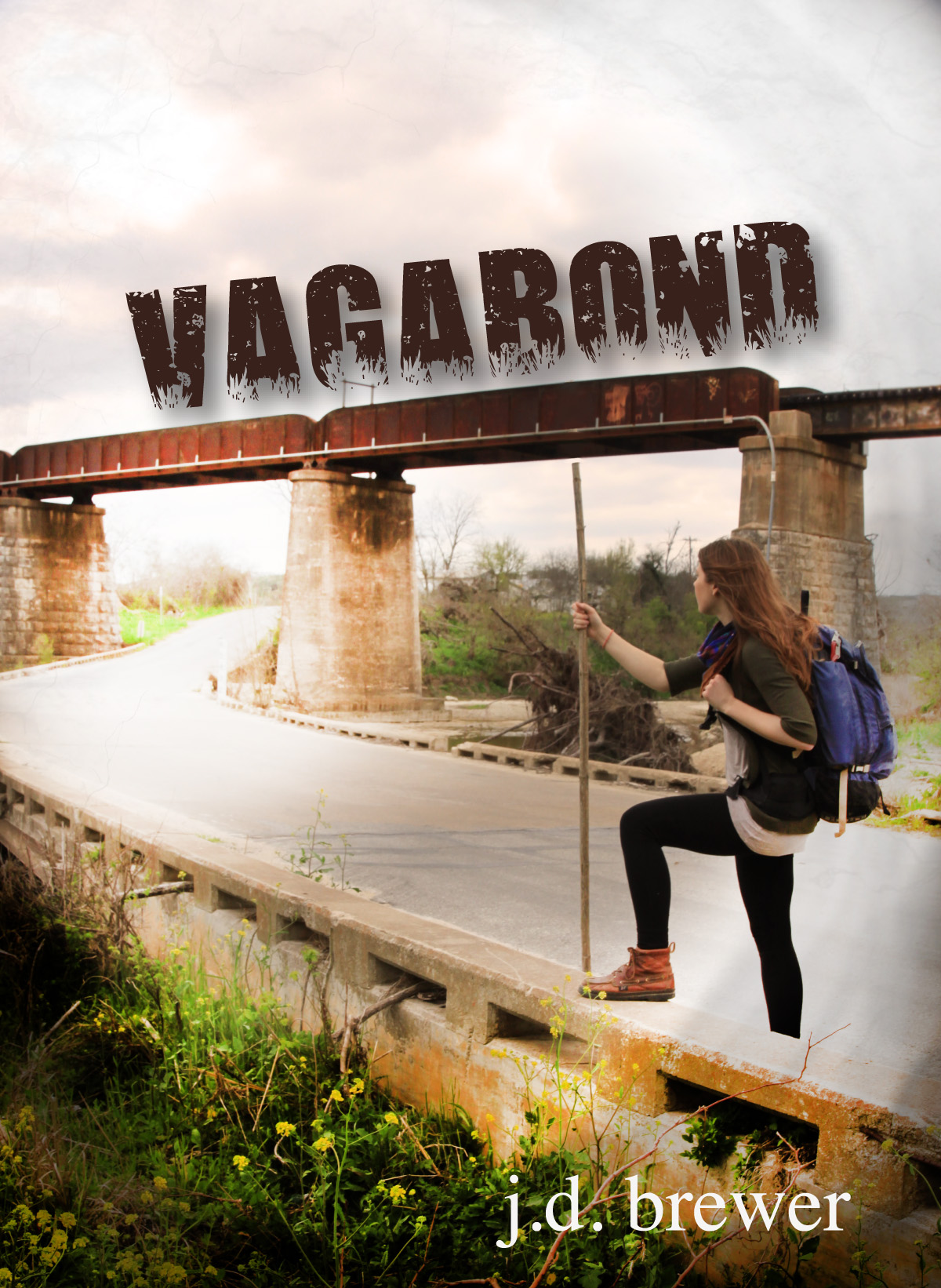 Featuring music by Future Us

The Birth of Anarchy

“The past is just as unwritten as the future, for both places in time hold unborn stories, and the only moment you can truly trust exists between the here and now.”

Anicetus Petrakis grew up searching for unborn stories—those stories lost in the crevices of time and the shifting perspectives of those who wrote and rewrote the Republic’s history. Groomed to follow the family tradition of politics, he was taught to navigate a world manipulated by half-facts and missing-truths. His future appeared to have a set course until he learns about the Unnamed, a Terrorist organization within the Rebels on the Tracks, threatening to create Transgenic abominations that will contaminate the Human Genome.

At the request of his grandfather, Anicetus plants himself in the midst of the Rebels under the guise of garnering peace between the Citizens of the Republic and the Vagabonds of the Tracks. Hucksley, an incorrigible Track-girl takes on the task of guiding him through this new path, but can Anicetus outmaneuver her ploys in order to root out Lynk, the greatest Genetic Terrorist the Republic has ever seen? Can he race time, a past he cannot understand, and a future that threatens to redefine Humanity as the Republic has always known it?

Or will his failure mean the end of the world?

The Birth of Anarchy is an action packed, philosophy driven follow up to J.D. Brewer’s debut novel, Vagabond. Set nineteen years after Vagabond, in a story that maneuvers between the present and the past, readers will find themselves questioning what it truly means to be human in the shadow of Humanity. 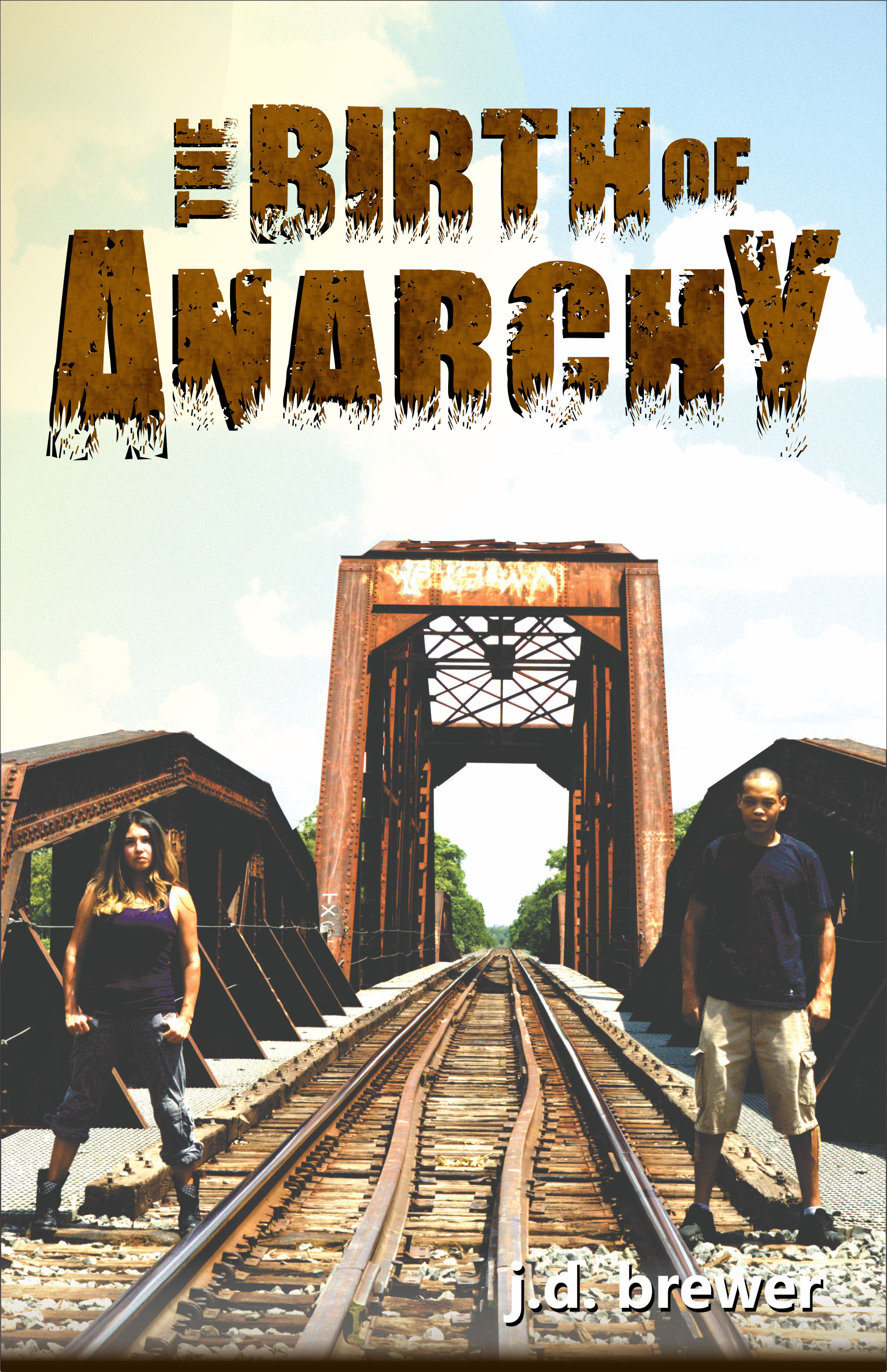 Check out  The Birth of Anarchy Book Trailer

This is a difficult lesson for Texi Nicholson to learn. She’s living an ordinary life in Small Town, Texas when she finds out she has the power to not only travel the Multiverse, but to create and destroy universes as well. Can she leave the people she loves most behind and trust Iago Ortiz to guide her through The Change, or will he have his own agenda? Meanwhile, Liam Martinez has been taught that perspective is relative, but when he is given the task to help Texi accept her new life, he discovers that objectivity is a difficult thing to keep.

Intrepid is a story of untapped potential, Multiversal imagination, and worlds colliding. Its blend of action, heartbreak, adventure, science fiction, and philosophy will make you question what you think you believe.

I read Intrepid right after reading “Vagabond,” Brewer’s first book. The jump she took as a writer from book one to book two was impressive. Maybe it is due to the content, but the overall tone and style of writing shows marked maturity in “Intrepid.” Admittedly I do not read a ton of science fiction outside of Orson Scott Card. One thing that jumped out to me about “Intrepid” was the theme it has in common with a lot of Card’s books: what it means to be human. When the are changes in genes and abilities, humanity must look in the mirror and wrestle with its own self-identity. While Brewer does not force the issue to the front as much as Card, it pops it’s head up enough to make me think more is coming in the sequel. I smiled as I read the last page of “Intrepid” because I realized two things. Not only had Brewer created a Multiverse that I was invested in, but she gave such a great nugget of suspense at the end that I cannot help but wait impatiently for “On the Shoulders of Giants.” Well done! —Jacob R Shornick 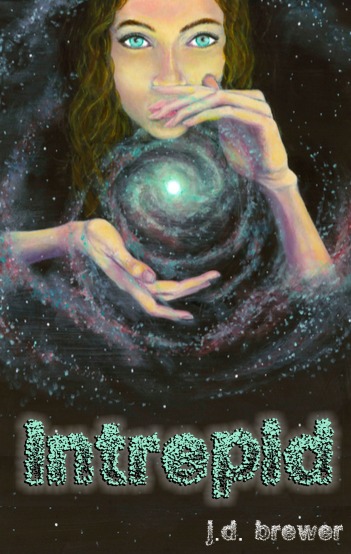 Check out the Intrepid Book Trailer

Featuring Music from Future Us