Vagabond is set in a Utopian/Dystopian future called the Republic. Niko, a girl with a perfect past gets on the wrong side of the law and has to learn to survive in the wild with the help of the people she meets along the way. There’s action, adventure, heartbreak, and redemption throughout the entire story, and I needed a book cover to capture all of those feelings.

The photo-shoot was just the beginning.

It was the first beautiful Friday in February, and instead of taking on a subbing assignment, the sun was yelling at me to come play. After all, the book was written, and I was under orders not to touch it for a month. It was time to let it all sit and simmer, which is the hardest thing to do once a rough draft is done. So, I began the behind the scenes process of book cover creation.

One of my best friends, Jean, was in town and agreed to be my guinea-pig model. You see, Jean is a vagabond at heart, an out-doors-woman, and a lover of the simple-pleasures. She even just happened to have the perfect Niko clothing in her bags! After borrowing backpack from another friend, we began our journey on the tracks.

Where to go? Jean, of course, had the answer. She took me on a mini-road-trip just outside of San Marcos where the tracks rumbled over the road we were on. Using my boyfriend’s Cannon, she allowed me to boss her around for over 800 pictures. I didn’t realize there was so much to taking pictures with a fancy camera, and it took me a while to get it right.

Then, there was the matter of the darn train. I wanted one in the picture so badly once I finally figured out the shot I wanted. After spending all morning clambering over tracks and under bridges and through the river, I finally found it! I finally found the image that had been in my head right before me in real life! It was where the road-bridge curved under the rusted train bridge. Earlier in the day, there seemed to be a train that passed every ten seconds, so we tried the art of patience. While we waited, Jean and I ate an absurd amount of dried fruit, talked about things that only best friends can talk about, and enjoyed every inch of the bipolar sun. We put our ears to the sky, but, alas, no train.

We kept putting off our departure as the sunburns gathered on our noses.  “Five more minutes,” we would say over and over again.

It was difficult to be frustrated. After all, I spent the entire day in the sunshine with one of my favorite people rather than trapped in a stuffy room. I still took the shot that would one day become my book cover, and we went back to my house to begin trimming out the keepers from the bloopers.

Later, I found myself thinking about Niko and Xavi and Flea in the novel, and I remembered all the Vagabonds of the world and all the people who spend their lives in waiting. I realized that, perhaps it was best that a train never came– that the absence of one fit the novel just as well.  The wait happens in every journey, even in Vagabond. Although I avoid the excruciating details of waiting in my action packed book, Niko, like everyone, has to wait for that next train to come. We all have to find the balance between action and inaction, and it’s in the waiting that we are given time to imagine and dream and hope for the trains that will come into our lives and take us on the next big adventure.

A big shout out to Jean Marie Williford, who spent the day with me. I hope everyone is lucky enough to have a friend like Jean in their lives.

Here are the ones that we narrowed them down to. Enjoy!

Niko On the Road

This one was chosen for the book cover. 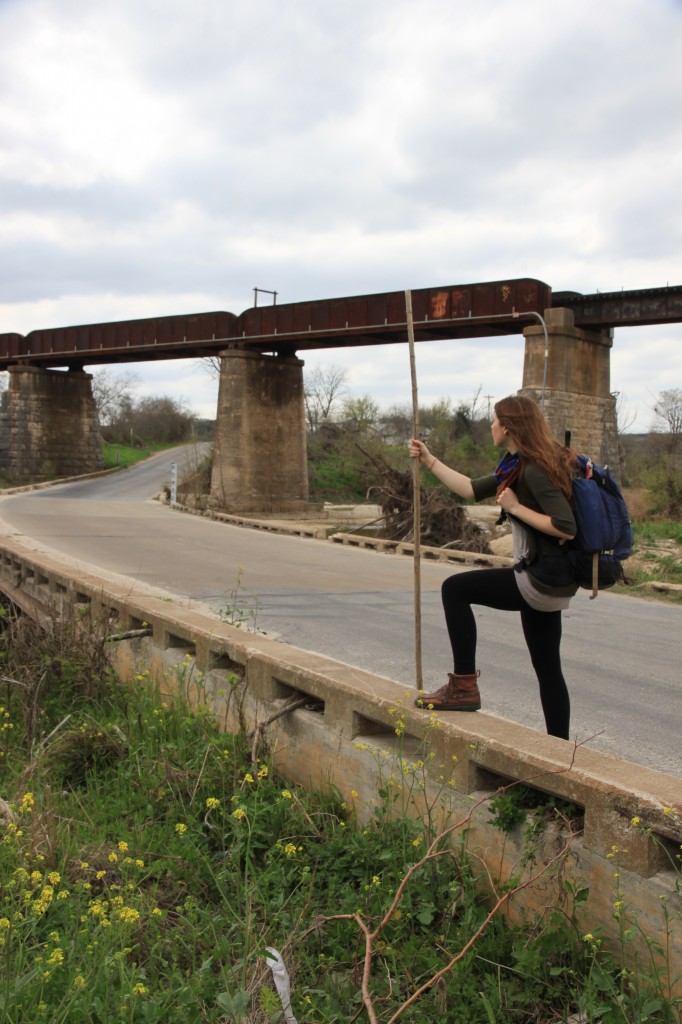 Niko Under the Tracks

I love the colors and the action in this one. 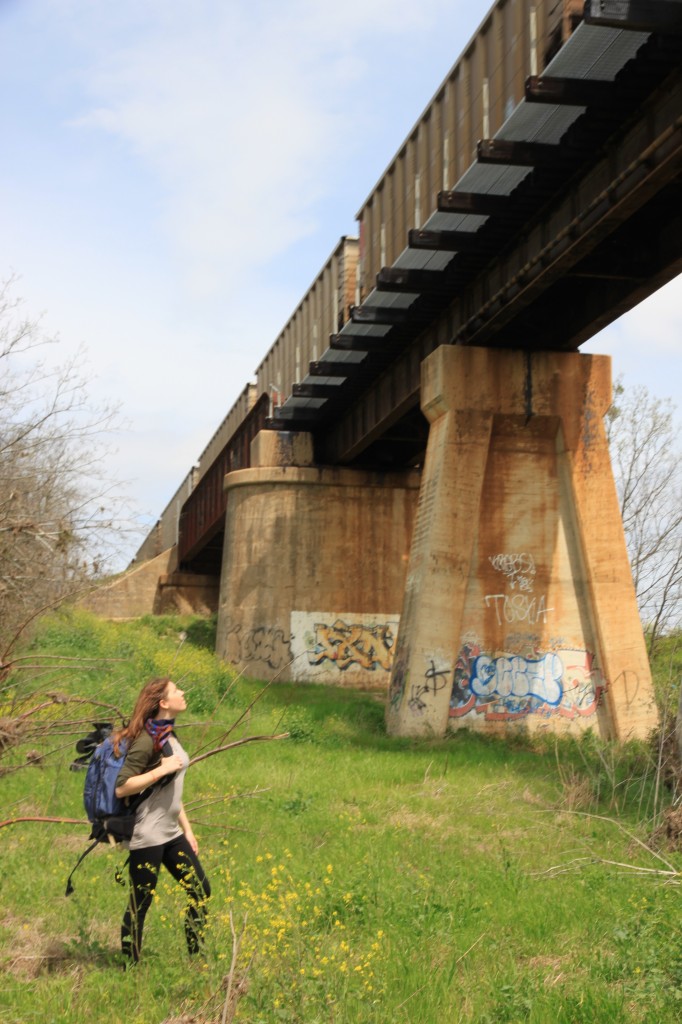 I love the journey this picture captures. I also love all the lines and shapes you can find inside it. 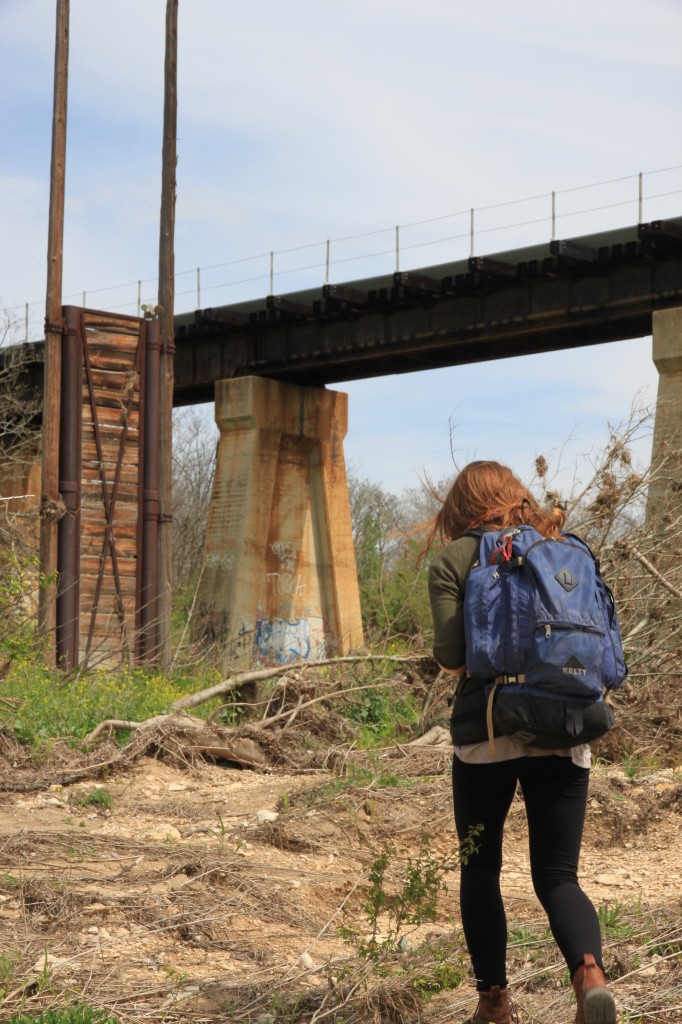 Niko and the Pack

Niko’s pack plays such an important role in the novel, that this picture really looks like something that’d happen in the book. 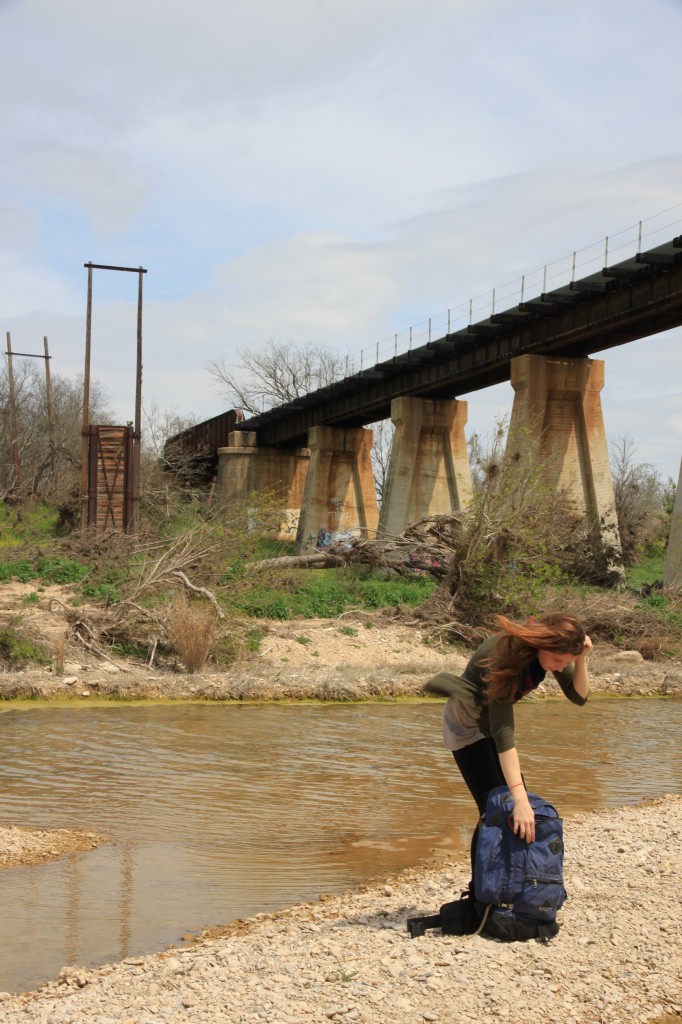 Niko in the Flowers

This picture was one of my favorites. I love how she’s hiding in the flowers, poised to act.