It was the kind of fishing pole that’d snap in half with the slightest of pressure. White rod, yellow reel, with Snoopy sleeping on the job. Yet when it was placed in my hands, it could have been Excalibur for all the power I felt by holding it. Before I even left the store, I tore past the plastic and the twisty ties trapping it to the box, and wielded it through the air. It whistle-whipped, promising to do so much damage when I finally cast it into the lake.

On the dock, my expectations did not falter. My arch-nemesis, also known as my brother, sat next to me, showing me how to weave a piece of left-over fried chicken onto the pronged hook. Jeremi had been at the dock an entire week before me without catching a single fish, and I could see each of his failed attempts under the lamplight as if I’d been there to witness his shame myself. You see, everything back then was a competition, as everything is when you’re the little sister, and I had this feeling I would succeed where he had not.

Yet, when I went to cast the line like he’d taught me how, the hook got caught at the eye of the storm, and, rather than sail smoothly through the air into the patch of yellow light on dark water, it made an unmanageable mess of failed expectations. There was a snicker to my left of the condescending variety, but Jeremi set his pole down in the interest of a fair fight to help me sort through the string. I’m pretty sure I blamed the disaster on Snoopy. After all, my cheap, tiny fishing pole was nothing compared to Jeremi’s fancy one, and I began to worry that after all of his waiting and patience, he’d finally catch something before I could. It all became so unfair. Suddenly, it felt like the universe had simply been waiting to give my brother an audience to his patiently earned victory, and nothing is more despairing to a seven year old than the prospect of coming in second place to a brother.

After Snoopy was sorted out, Jeremi walked me through the steps again: finger on the string, unclick the metal holding it to the reel, pull the rod back over your shoulder, and snap the wrist as it whips through the air. Jeremi may have been full of brotherly insults as he walked me through it one more, two more, ten more times, but eventually my chicken hook was in the water and the competition to catch the first fish was back on.

He grinned at his perfect cast before sitting down on the cracked, wooden planks of the dock and swinging his feet out above the water. It seemed like a reasonable enough pose for greatness to follow, so I copied him. I’ll never remember our exact conversation as we rested our chins on the railing of the dock. I’m sure it was a mixture of laughter, insults, and love as we worried about what was to come. After all, we were two scared kids facing the unknown, and the future was just as murky as the water we hovered over and chaotic as the gnats dotting the only light that shed on it.

When it happened, I nearly dropped that Snoopy pole in shock. It was pure luck that I tightened my fingers and yanked up on the rod. In that moment, nothing existed but Jeremi’s voice coaching me through how to reel it in. The weight. The pull. The way victory felt heavy in my hands. And when the catfish was released from the warm maw of the lake, it flapped against the dock, thud, thud, thudding louder than my own heart beating. I couldn’t bring myself to touch it, so Jeremi measured it for me­–a solid 13 inches. “You did it!” he said, threading a line through the gills and tying it off to the dock’s leg. The fish disappeared back into the water, tethered to a threaded chain, to wait its fate over the campfire.

I anticipated that every bite would taste like first place.

I recast my Snoopy pole, apologizing for my lack of faith in it earlier. What took my brother an entire week without success took me less than an hour, proving once and for all that I was better at life than he was. Was I gracious about the victory? Most definitely not. I demanded a picture. I claimed bragging rights from that moment to eternity. I rubbed it in that my Snoopy pole was better than his fancy one. I’m sure I danced and hopped and pointed my finger in his face saying, “I win. I rock. You lose,” because that’s what little sisters do when they outshine their big, annoying brothers.

To this day, Jeremi has been a good sport about that evening. He took the gloating with equal measured annoyance and pride, though he’d never admit the second part until we became much, much older.

Then again, it’s funny how stories can shift through the lens of time. The story used to read: there my brother was, failing day after day, waiting for me to swoop in and steal the glory. Yet now I see something else entirely. Jeremi was simply a boy, struggling through a week’s worth of learning on his own what most dads were responsible for teaching their sons throughout an entire childhood. And rather than make me face the same fate, he walked me through it the only way he knew how. Could I blame my brother if he’d been out there for seven evenings straight, unable to catch a keeper? Could I really claim that one moment of victory as completely mine when it was a culmination of all of Jeremi’s failed attempts? Back then, I could without blinking an eye, but it’s confession time…

I wouldn’t have been able to be a winner without him. 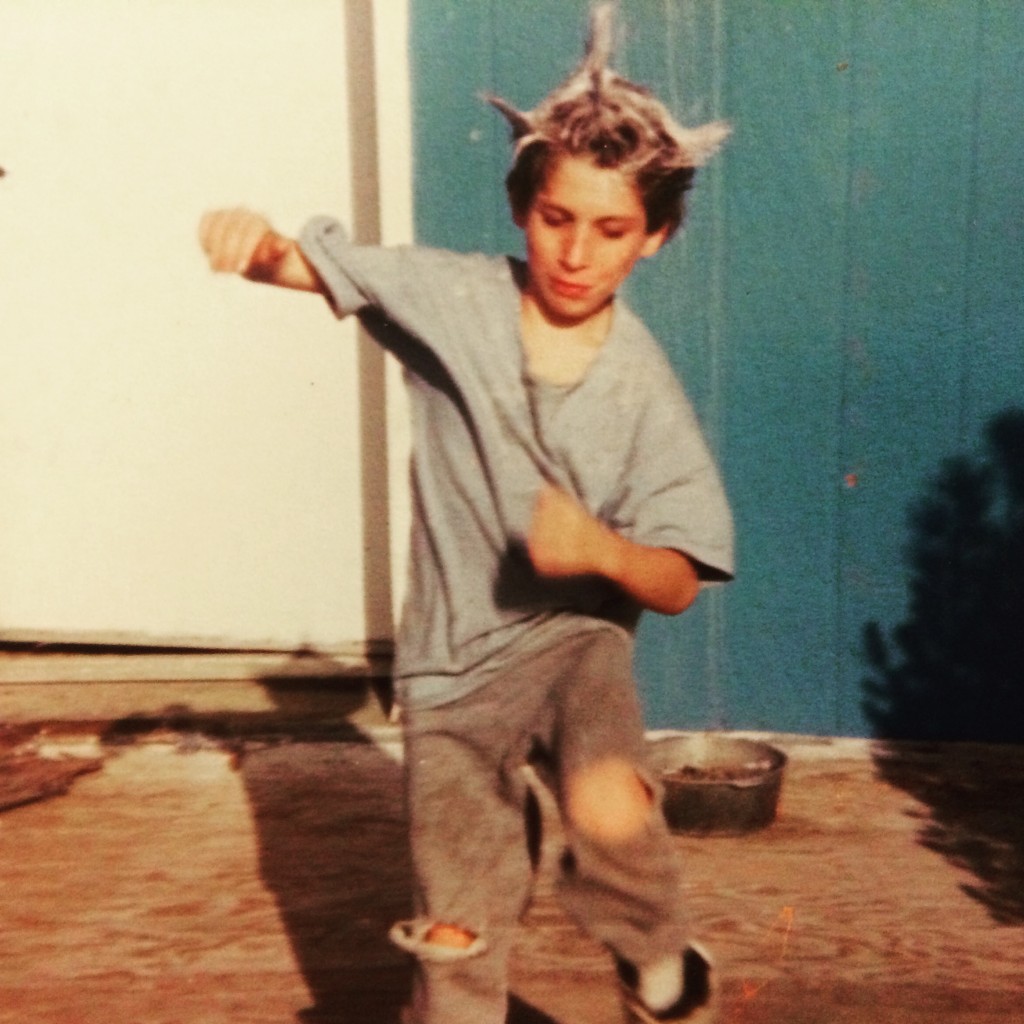 The above story was inspired by a couple things.

1) I began this as a response to a HomeAway Postcards from the Past competition. “Describe your favorite childhood vacation story.”  If you’d like to submit your favorite vacation memory, go to the following site:  http://www.homeaway.com/info/postcards-from-the-past

2) A good friend of mine’s grandfather recently passed away. He told me a fishing story that got me thinking about who it was that taught me how to fish. We all have a learning to fish story about the person who cared enough to be patient, not just with the process but with us. It is an act so simple yet so grande, and, in a way, this story is in honor of all the people who found it in themselves to spend a few hours with a kid by a river… by a lake… by an ocean. It’s a small yet true testament of love.

J.D. Brewer is the author of Intrepid and Vagabond. Both available on Amazon.