The first boy I ever loved didn’t love me back. We were small town kids with small town hearts, and neither person knew how to speak the language of the other.

I don’t blame him. At the time, I was a grieving hot-mess. I was learning how to be a motherless daughter, an abandoned sister, a prize in a custody battle between a step-dad I hardly knew and a father I barely met, and the perfect student. I had to wear a mask for the world, and more often than not, that mask would falter. I’d break down. I’d loose control. I’d mess up. I’d say the wrong thing. I’d cry at the wrong moment. To ask a teenage boy to take that on was never meant to end well for me.

Yet this crack in the capillaries, those heartstrings that tie us to moments in time, was the first pain I could make sense of after my mother died. I finally felt normal because it was the kind of pain all my classmates went through. For a long time, I’d listen to my friends cry over a boy and wonder what that felt like. What did it mean to miss someone that left by choice rather than someone that left by death? When it finally happened, I wish I could say it hurt less than the other loss, and I wish I could say that one loss wasn’t exasperated by the other.

This rejection was the first time I truly understood what I’d lost. It wasn’t just this boy, though that was painful in that teenage-y kind of way. It was all the stories from my mother that I’d never get to hear. 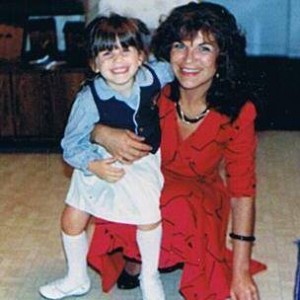 I had to make up what she would say, and I had to learn from her based on the small amount of information I had at my disposal. I didn’t know much about her past relationships, only that she had horrible taste in men. Men who’d drink too much. Men who’d beat her. Men who’d control her. Men who’d hate her children. Men who’d use my mother’s uncanny ability to see the best in everyone against her. I knew that she stayed in her relationships out of fear, until she finally met that very last one just before she died…

For half a year, I got to see my mother in love for the first and last time. They’d laugh at a million inside jokes. They’d play scrabble until well past midnight. They’d build puzzles as they drank wine together. They’d dance in the kitchen no matter how many times we asked them to take their PDA elsewhere. And when he looked at her, he really saw her.

There’s a balance that took my mother her entire life to learn. She loved so fully, heart on the sleeve, pinching onto the idea of love with a stubborn ferocity long after she should have moved on. She didn’t know how to love and let go. For as fearless as she was, she was afraid to give up on people, and she was afraid of waisted years and lost history. Because of this, she got less than six months with someone who was absolutely right for her, someone who treated her like the treasure she was (that same someone who took in her bratty kid when she passed into memories).

So when a boy broke my heart for the first time, I had to make up her advice based on the fragmented things I knew…

And every mistake, every breakup, every forgiveness that followed, whether the boy stayed in my life as a friend or drifted into the void of the past, she’d tell me to love them for what they were and to be proud of myself for trusting someone—even if they might not have deserved it.

When it boils down to it, every serious relationship I’d ever been a part of were with fundamentally good people, who, at their cores, had solid hearts and good intentions. The breakups that followed happened because, for as good as they were, we weren’t good for each other. There was an expectation of change on one side or the other, which always came to that moment of letting go. One of us would eventually want the other to compromise in impossible ways, and the relationship would unravel at the center until there was nothing but knots of anxiety and complacent entrapment to tear ourselves out of.

I don’t hate these men (though depending on where they stood in the situation, they may hate me). To be honest, a large part of me will always love them for who they are, what they were to me, and everything I learned about myself through them. I think that’s the missing piece of motherly advice that took me a lot longer to understand. To love someone once is to love them forever because current loves never negate the past ones. There will always be at least a few good memories (even in the midst of the end-time bad ones), and when you think on those moments that made you feel love, you will feel it all over again. And, eventually, nostalgia lets you love them even more for letting you or forcing you to move on.

Looking back on these relationships, I’ve always loved loud, but I also listened to that quiet moment when my heart said to let go. I was never ready to hold on. I wasn’t ready to say that a relationship was, without a doubt, completely right for me.

I wasn’t until now…

Now, I am ready to hold on to one man with every fiber of my being, and I’m getting married in exactly one month. I’ve never been this happy or confident in anyone. He just gets it, even when I’m acting completely un-get-able. He makes me want to be better, he challenges me to take on my dreams even when they constantly seem just out of reach, and anytime he looks at me, I know what love looks like. He lights up, his eyes crinkle, the greens of his irises get brighter, and I know exactly how he sees me. He’s the only person I’ve ever met that has made me feel centered and at peace in the fundamental ways.

I have found my home…

Yet, sixteen years later, I feel that same sting of the motherless daughter. This pain is not lessened by time, because when it comes to death, time is a lie. As the month ticks away and the wedding day gets closer, I find myself missing her in crippling ways, and, in the midst of all this happiness, I find myself grieving her death as if it happened yesterday. It’s the most confusing juxtaposition of emotions because I see this absolutely perfect day, and no matter how perfect it will be, it will fundamentally be made un-perfect by her absence. I know this because I’ve already lived through proms and graduations and accomplishments my mother never got to see, and I remember how there were moments during those days that I had to steel myself against feeling inappropriately placed sadness.

It’s something that is so hard to verbalize. Pain is not exactly the reaction people expect (or even tolerate) from the bride-to-be, and I’m so terrified that I’ll miss my mother in the middle of the good stuff. That I’ll ruin a perfectly perfect moment by a mislaid tear and people will think I’m unhappy. But pain does not mean unhappiness. It means that I love and miss and remember along with the undeniable happiness I am feeling. Yet because they see this tear, I’m terrified that they’ll slip in the expected platitudes that always follow:

“You’re allowed to be sad that she’s not here on your wedding day. It’s perfectly normal.”

“She’s watching you from Heaven. She’s here in spirit.” 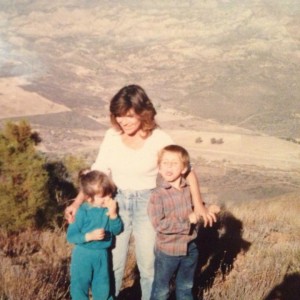 Sometimes I just want people to understand that words won’t help, that pity always makes me feel worse. Though sympathies always mean well, it takes more energy to be gracious in accepting these small gifts. With every, “I know. Thank you,” I have to return, I end up feeling worse. I end up feeling guilty for being lost during the moments I should feel ecstatic, and this guilt weighs me down in ways pain does not. It’s like these platitudes are meant to remind me to put those feelings back into the box for later because they have no place during my special days. The intention is good, but the execution always falls flat. Boxed emotions never stay tidy, and they always come out later in more chaotic ways.

The reality is, as this month slips by, I’m going to feel pain at unexplainable moments. After an adorable bridal shower, after picking up my wedding dress, after hearing a certain song, after picking out my flowers, after dancing my first dance with my husband…

Underneath it all, there will be a fundamental loss despite everything I’m gaining. It’s a missing that does not ask for sympathy or pity, and I can’t be ashamed of my reactions to it. I need to be free to feel it because it belongs in my wedding just as much as my happiness does.

Once again, my mother is not here when I need her, and that is a pain that will never makes sense no matter how many words we throw at it. I am going to miss my mom, and I might cry at an inappropriate moment. And on that day, my husband is going to just get it because he knows that the only thing he’ll need to do is squeeze my hand and look at me. He’ll know that I’m unnervingly happy even when I think about my mother on our wedding day. He won’t judge me for recognizing the cracks in perfection because that’s how we both know something is real, when it is imperfectly perfect…